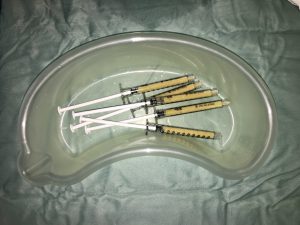 Fat grafting is an increasingly popular plastic surgery technique that allows fine adjustments to facial structure in a completely natural way. It is often used in conjunction with other procedures such as facelift or rhinoplasty but is also has great benefit on its own.

Fat is harvested through a tiny incision in a process similar to liposuction – therefore is an added benefit of removing bits of unwanted fat (e.g. tummy). The fat is purified and then injected with pinpoint accuracy using small cannulas. It is generally performed under general anaesthetic but it is also possible to perform under local anaesthetic. About half the fat is resorbed by the body and about half remains. Being part of your own body, it is more safe and natural than synthetic fillers and also has a much greater scope of effect. 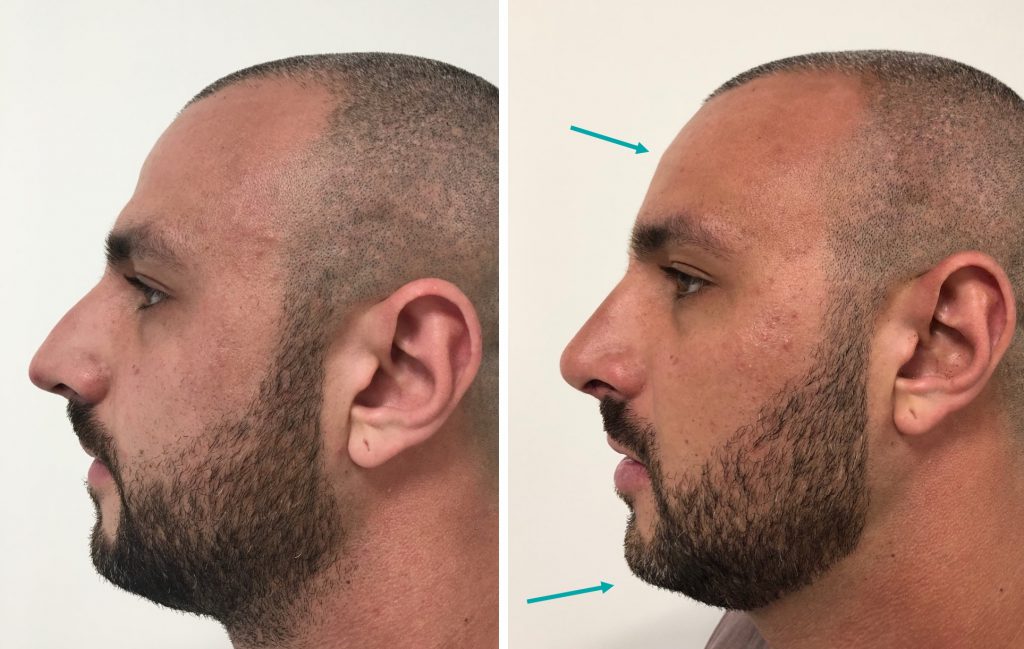 In this case, fat has been injected into the forehead to even out forehead contour and the chin to increase projection. This has been performed at the same time as rhinoplasty to improve the overall side profile.